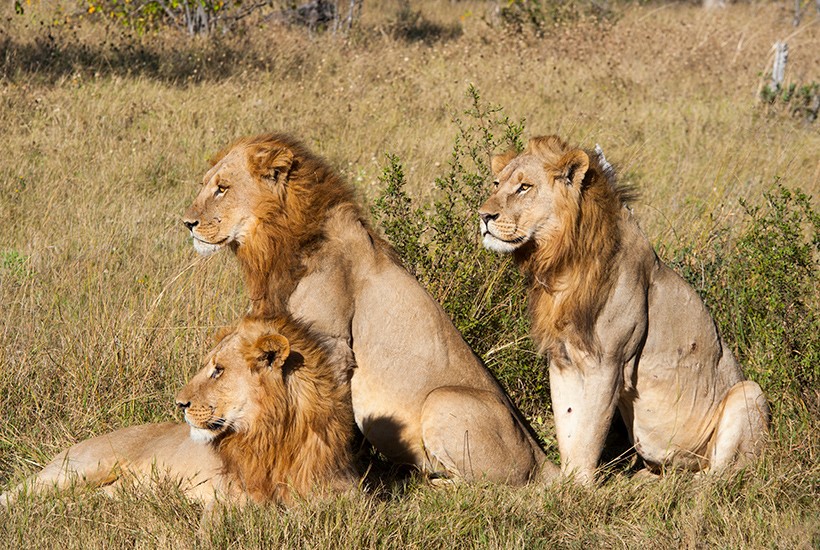 A Tanzania Safari offers world-class wildlife, beautiful landscapes and some of the continent’s best safari lodges. We can arrange safaris to all the best parks in Tanzania; whether it be in rustic, authentic and charming tented camps or head-over-heels luxury safari lodges in the wilderness.

We are in love with Tanzania and so is everyone who visits; tourists are instantly captivated by its charming, friendly people, scenes of uninterrupted beauty and of course the unbelievable wildlife which makes a Tanzania Safari so exceptional.

Northern Tanzania is expensive but offers unrivalled game viewing and is completely iconic. Starting in the northern point, The Serengeti is undeniably world-class and home to The Great Wildebeest Migration as well as the biggest concentration of predators on the planet.

The Ngorongoro Crater has a huge amount of the big 5 in a unique and dramatic setting. Surrounding the crater, the Ngorongoro Highlands is home to colourful Masai culture and rolling coffee farms.

The Tarangire National Park is an added extra to a northern trip with night drives, fantastic views and a colossal number of elephants. Lake Manyara is another smaller park with flamingos, fantastic land – bird life & some truly beautiful spots.

The South of Tanzania offers better value accommodation than the north, a less touristy experience but are not as much of ‘big 5 destinations.

Ruaha is a beautiful red-earth park where you can enjoy walking, fly-camping and super prides of lions and huge buffalo herds.

The west comprises of Katavi and Mahale which are expensive to get to, but because of their relative inaccessibility offer a simply magical experience alone in the wilderness where you can trek chimps & see the big 5.

You can go at any point in the year, but for each time of year there are certain pros and cons to be considered. It is best to chat to us, and we can discuss your options. April and May is when the heavy rains hit East Africa and some camps close during this period.

The main dry season is from July to October and this is the most popular time to travel, but other times of year also have their individual benefits. Ask one of our experts about the whereabouts of the Wildebeest Migration at different months in the year.

Gorilla safari holidays are one of the most spectacular up close and personal wildlife experiences: encountering our distant cousins in mist-draped forests. Bwindi (Uganda) is the main national park for gorilla tracking, but be sure to secure your permit months in advance.

Considered by many to be one of the most magnificent wildlife safaris in the world, this gorilla safari travel guide attempts to capture why. Although sometimes it is hard to put into words. You just have to see them to believe it.

First, because they are so rare, second because their habitats make for superb trekking, and so the whole trip feels like a real expedition.

And third, they are gorillas for goodness sake. They are one of the world’s most successful conservation stories. And they are, quite simply, the dons.

Gorillas are like the godfathers really. The largest and most powerful of the great apes, you are only granted an hour’s sitting with them. That is the law of the gorilla wildlife viewing world, mostly Uganda, where primate permits are like gold dust.

Godfathers don’t mix with any old hangers on either, with permits costing as much as US $600. Family is everything to them too, as they congregate in family groups of five to ten, the silver backed gorilla being the don.

Unlike other wildlife watching you get very close to gorillas, allowing you to see their human-like behaviour. Not surprising, given that they share 98.3% of their genetic code with us, making them our closest cousins after chimpanzees and bonobos.

Which is why even just an hour with gorillas has such an impact – a time when the line between animal and human is briefly blurred, leaving you with a profound understanding of what it means to be a part of the primate family.